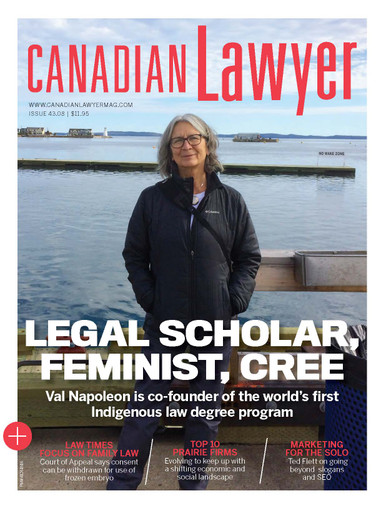 Ontario government consultation looks at simplified procedure
Lawyers are suggesting changing the simplified rules by increasing the limit to $200,000 and eliminating juries

Third-party beneficiaries and nougat
A recent Delaware Chancery Court decision shows the challenges of enforcing promises to preserve elements of an acquired business, writes Neill May

The fate of our descendants
Lawyers should avoid enabling harm to future generations but can also offer a vigorous defence for those who do, argues Philip Slayton

Considering employees during M&A
With acquisitions come people, and with them matters of salaries, severance, unions and other vendor and acquiror considerations

This product hasn't received any reviews yet. Be the first to review this product!

Write your own product review

All prices are in CAD.